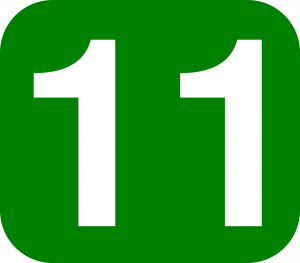 Reconciling with not being comfortable on a single Enneagram Type

I have been working with the Enneagram for about 15 years. During that time, I have taken countless assessments to determine my type. I believe the real work is moving around the Enneagram and not fixating on the type. But I wanted to know where I fit in. It turns out I don’t exactly. I am an Enneagram Nomad.

I explore this more in-depth in other articles. Yet, years of conditioning have kept me from landing on and sticking to it. Some might say my chameleon-like tendencies make me a THREE (3). This makes sense. When I was younger, I did a fair amount of adapting to meet other expectations. Yet, I have never tested high on an assessment as a three.

My sense of adventure often finds me landing on Type 7. But I lack many of the core motivations inherent in typical sevens. Such as broad social networking or the ability to “move on” from situations.

I Wanted to be a Four

From the beginning of my Enneagram work, I had a deep desire to be a FOUR (4). Fours looked exciting. They were artists and creators, and that is what I wanted to be from a young age. Yet, no matter how many assessments I took, I never came out as a four.

I have come out with every other number as my type, but never as a four. Each type below my primary types tends to calculate equally across the board. The top two numbers change but often appear as six, seven, or one.

I suspect my attempt to think myself out of situations leads to these results. But it wasn’t always that way. As a kid, my heart was much more open. I believe I was a young four, and at some point, I strayed. So it is less about acceptance and more a concern of not leaving anyone out.

Conditioning and a strong sense of “six” self-preservation have driven me to this point. I went from making heart-centered decisions into a battle with my mind. That was an effort to avoid judgment and the accusation of being too soft.

Crying Through a Four Panel

When I attended formal Enneagram training, I self-assessed as a SEVEN (7). I didn’t want to be a seven. To add to my confusion, most people I met said, “you’re not a seven.” Talk about an identity crisis.

The work included attending panels. Panels are where groups of a single type gather. They talk about themselves and answer questions in front of the group. The Four Panel came 6th in the series. After listening to several other types, I was excited to get to four. But I was not prepared for what came next. I started crying. I began, and I couldn’t stop. I cried through the entire panel. I continued to cry for two days as I dug deeper.

I was so profoundly moved and feeling all the feels. Everything was resonating with me. The childhood trauma, the sense of aloneness, the pain. But I never assessed myself as a four. Why was I connecting so hard? Several weeks later, I attended a seven-panel. Being the number I was working with, I expected to find a connection. Yet, I couldn’t find my way to those speaking. I struggled to see myself in any of their stories.

Fours and Sevens are considered vastly different. Experts agree that these two types are rarely confused for long. They share only superficial similarities. Yet, here I am, stuck between the two types. My mind understands the differences. The seven in me loves new experiences and adventures. But I do not desire materialistic things, typical to seven. Instead, I prefer moments, photos, and small found trinkets.

I rarely make purchases when I travel outside of restaurants. I hate shopping. I appreciate the finer things but often choose more economical, practical solutions to my needs. I enjoy the stimulation that comes with desire but often stop short of acquiring items.

Where I do align with seven is my obsession with travel. I will sacrifice the expense of any object or thing to travel. While I do not experience the Fear of Missing Out (FOMO), again, typical of sevens, I am first in line for a good trip. That could be backpacking through extreme weather conditions. Or staying at a five-star hotel. I am frugal, so I rarely get into financial strain over my goals, typical of four. In fact, I always pay for trips in advance. Setting aside spending money to avoid paying long after an experience has ended.

Like a typical four, I like to be unique. I appreciate the aesthetic of people, places, and things. Although this does not always show in my own appearance. What I save on clothing, choosing to wear decade-old shirts, I spend on hobbies. I do not lose myself in debt for the pleasure of self-expression. However, I did when I was younger. The crash that comes following an acquisition is something I used to feel but rarely do now. My frugalness, at times, can lean more toward FIVE (5), but then I splurge on occasion, like a four at a Black Friday sale.

For comparison, Bob Dylan is a Four, and Elton John is a Seven. Few would confuse these two. Yet, I relate to and embrace both. So while I fluctuate between many types, I do not feel I do it inauthentically. In my youth, I may have been looking for acceptance. Now I am living a life without too many limits. I adjust to experiences to make the most of the moment.

I have taken many personality and motivation assessments over the years. DiSC, Myers Briggs, Strength Finder, 16 Personalities, and more. I often fall into a rare and unique category of contradictions. For example, I am considered a “Turbulent-Mediator” (INFP-T) according to 16 Personalities.

This type comes with a great capacity for empathy. We long for deep, soulful relationships and feel called to help others. 16-p explains this personality type makes up a small subset of the population. This can leave mediators feeling lonely or invisible. Floating in a world that doesn’t appear to appreciate their unique traits. That one hits home for me. If you can relate. Know that you are not alone. You are not necessarily displaced if you do not fit into a single place. It may merely mean you are welcome in many.

I have come to accept and even embrace these contradictions in myself. I no longer fight them. I appreciate the Enneagram as it helps me move through my many motivations. I am still intrigued by those who strongly connect to a single type, but I am no longer envious.

I know I am no longer lost; I am aware. I am a Nomad with direction. I still occasionally feel left out. But I am discovering ways to authentically move around the Enneagram and interact with others. I have come to realize it is a gift to have compassion and understanding for others. If that means going to 11, so be it! 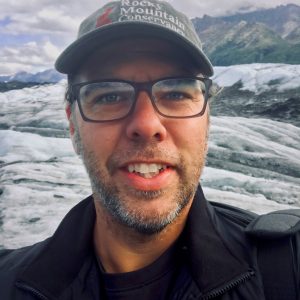